Bank Performance and Efficiency in Uzbekistan

The development of financial system in Uzbekistan over the last decade puts lots of challenging tasks for the managers of this financial institutions and regulatory bodies. These tasks on its turn demand application of new innovative approaches into the banking system. As a reflection from these issues this paper seeks to apply relatively new method of performance measurement for this country called Data Envelopment Analysis (DEA). 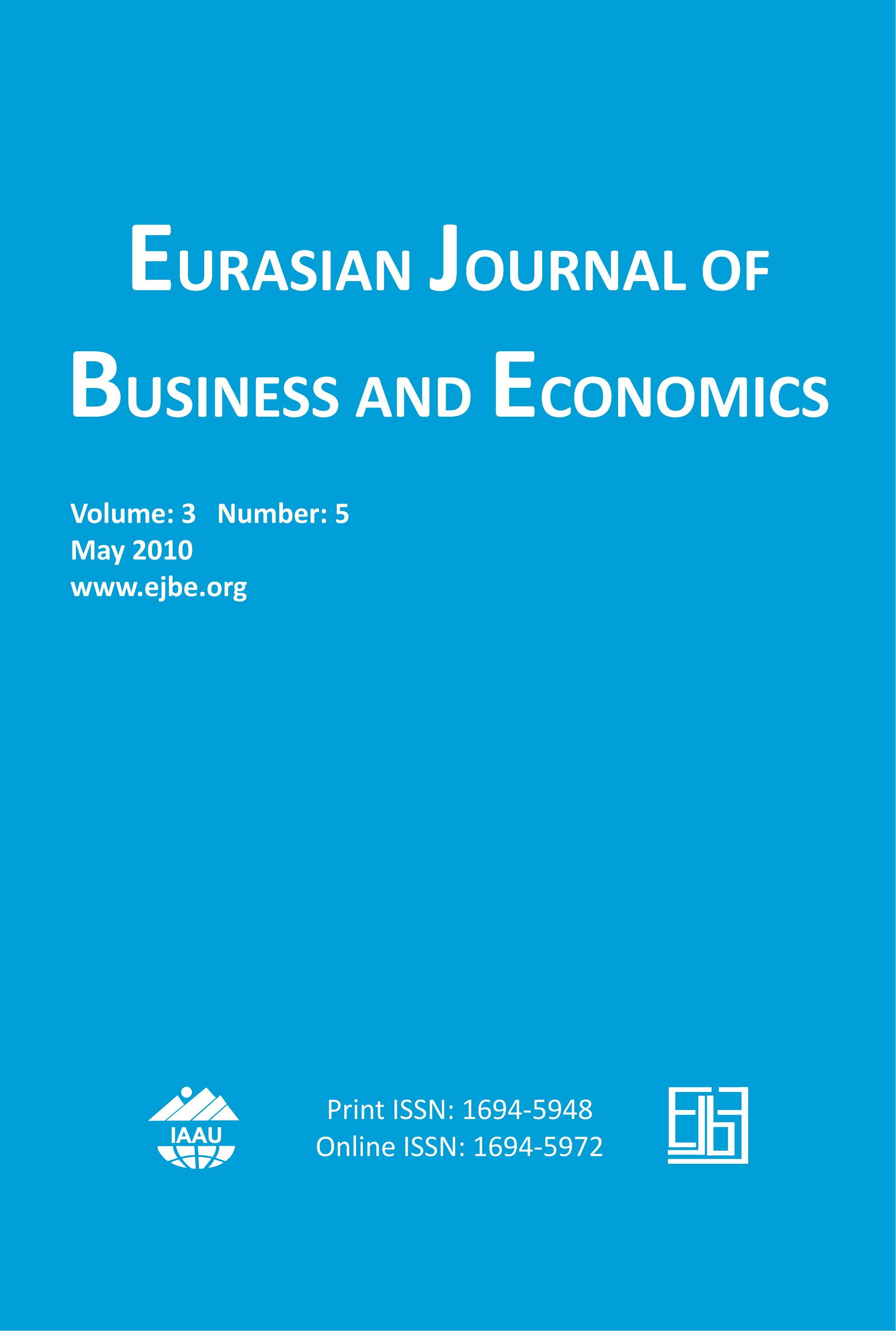 NIGMONOV, A. (2010). Bank Performance and Efficiency in Uzbekistan. Eurasian Journal of Business and Economics, 3(5), 1-25. Retrieved from https://ejbe.org/index.php/EJBE/article/view/29
Download Citation

Eurasian Journal of Business and Economics
( EJBE) provides immediate open access to its content on the principle that making research freely available to the public supports a greater global exchange of knowledge.