This study is based on the non-financial companies within the fragile five countries (Turkey, Brazil, South Africa, India and Indonesia) during the period of 2004-2013. The factors affecting capital structure were assessed along with micro and macro variables for these countries. The micro variables (firm specific) included in the model were the debt taken in the previous year, firm size, growth, industry debt average, and the tangibility and profitability ratio; GDP growth, inflation and exchange rate change were included in the model as macroeconomic variables. Also, the effects of financial crises were analyzed by treating pre- and post-2008 crisis periods separately. Panel data analysis techniques are used to identify the relationships between these determinants and capital structure. The relationship between the real effective exchange rate and the debt ratio was positive in the precrisis five-country model, but it turned negative in the post-crisis model. A statistically significant relationship was discovered between the GDP growth rate and the debt ratio only for Turkey for the full period (2004-2013) and for India for the period between 2006 and 2013. On the other hand, a positive relationship was found between the inflation rate and the debt ratio for the general (2004-2013) and post-crisis models. 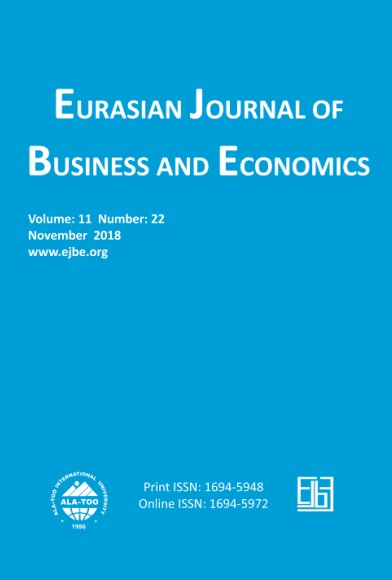